It’s been a crazy summer.  Flying was plentiful, and as a result, keeping up with this blog on my days off dropped in priority.  I don’t intend to blitz you with a single massive post.   My hope is to knock out one a day for the next few days to help catch up.  Here we go…

Visiting Texas you can usually find BBQ and TEX-MEX fare.  But have you ever heard of German-Texan grub?  Yep…German-Texan.  Without getting into a lengthy history lesson, Texas has a few areas/towns that were settled by German immigrants.  This cultural influence is fused and blended into the greater San Antonio area.  It manifests itself nicely just a few yards off the River Walk in the heart of this historic Texas city, in a 100+ year old establishment named Schilo’s.

Wandering in off of Commerce Street, you can quench you Texas-sized thirst with a Texas-brewed Shiner Bock; German-brewed Hefeweizen or Doppelbock; a variety of wines; or for the early risers, a Mimosa or Bloody Mary.  On especially hot days, and for kids of all ages, the root beer floats are thirst quenching too.  Unfortunately for me, this visit was only a few hours before continuing a trip, so it was coffee and water for me.

After a morning walk on the river, I went to my “go to” breakfast, the Papa Fritz.  Eggs to order, hash browns or grits, toast (yes, rye) and your choice of meat.  Yes, if your looking at the pictures of the breakfast, those sausages are a bit large.  Everything is BIGGER in TEXAS!  The truth is it’s because they are bratwurst–remember the German-Texan influence?  YUM!!!

It was a bit warm out on the June morning I visited, but I also wanted to try something that had caught my eye last visit.  You may notice two coffee mugs next to the plate.  Take a close look at the one on the left,  That is a really awesome, thick, cup of split pea soup.  Delicious!

Schilo’s has a solid selection of uniquely German-TEX fare.  As usual, I over ate, but it was well worth it.  Needless to say I didn’t need to touch a meal until later that evening.

I love San Antonio and the Texas Hill Country in general.  If you find yourself down on the river, take the time to climb the steps to street level at Commerce Street, look for the Schilo’s signage less than a block away, and wander on in to take a fantastic break.  You won’t be disappointed. 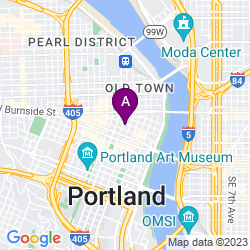